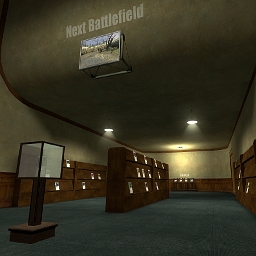 The alien grunt fires hornets that home in on enemies.

Antlions move quickly and can jump over obstacles.

The Antlion Guard is quick and has a very strong attack.

Works can jump over barriers and can launch acid projectiles.

The bullsquid can spit a ranged projectile at enemies.

The Defender is a flying combine scanner with a ranged attack.

Fast headcrabs come in a large group that move and attack quickly.

Fast zombies can move in quickly and attack distant enemies.

Headcrabs come in a large group and have high overall health.

The hunter is able to charge foes and shoot explosive rounds.

Manhacks are able to fly over obstacles to attack enemies.

Armed with an SMG1, the medic is able to heal allied units.

A squad of cops, low damage but high overall health.

A squad of cops, low damage but high overall health.

Grigori - Annabelle (Health: 50) x1 This card was removed due to bugged AI, it may make a return to Cardwars some day.

The Mortar Synth flies and has a powerful explosive attack.

The poison headcrab can bring enemies down to 1 health with an attack.

The poison zombie has high health and can throw a poison headcrab.

Though slow and inattentive, the stalker has a very strong laser attack.

The Vortigaunt has a powerful and accurate ranged attack.

Zombies are slow and have poor range, but are extremely durable.

Zombines have decent durability and charge at enemies.